There’s something about going to my Grandma’s house – drinking tea and admiring her garden – that make me feel a little more girly and a little more dainty than usual. So when I finally gave in to the uncontrollable urge to buy this dress, I knew there was only one place I wanted to shoot it. 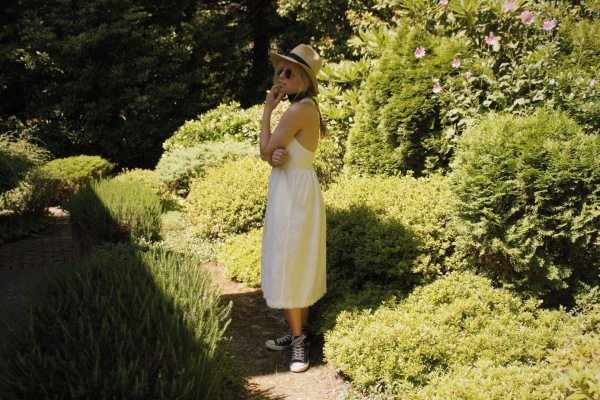 Of course, girly-ness reaches a point of discomfort with me. So I had to rough up the look with touches of black, the beat up sneakers, and the velvet choker. Usually, I’m hesitant to toss around black accents with a summery outfit – they can come across as harsh and can ruin an outfit in a second. 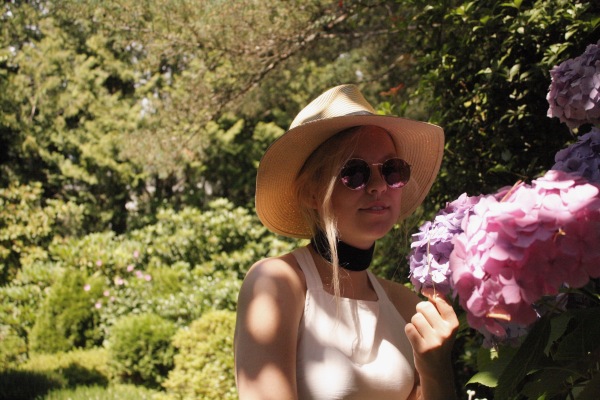 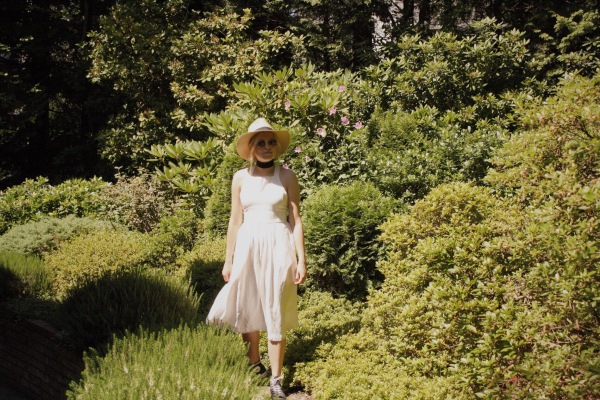 But I tried adding the accents to the top and bottom while avoiding the creation of a stark divide across the dress (ie: a big black belt) and I think it worked! The black draws the eyes around the look without overpowering it. 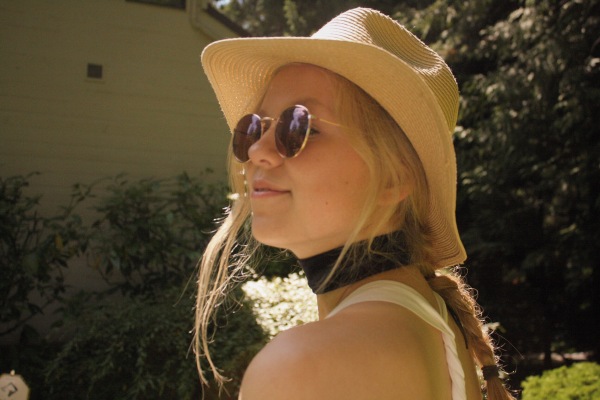 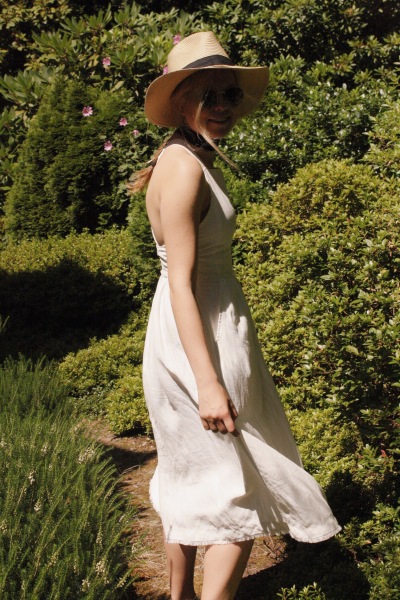 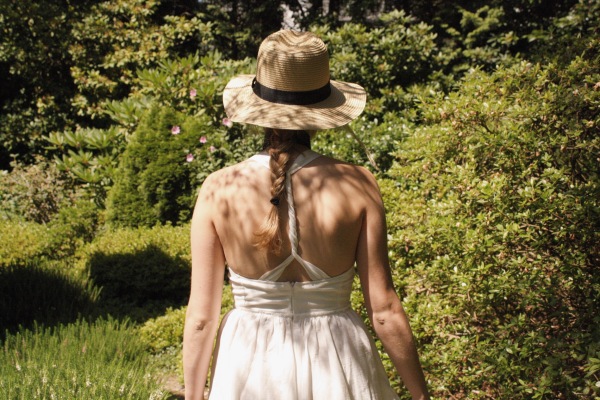 The other accents were natural. The braid prevents overpowering the neck area (imagine my hair, the straps, and the choker – a disaster in the making) in what’s supposed to be a light look. Meanwhile, the rose-gold sunglasses are a subtle way to bring in some color and shine.

The teacup is half for fun and half for my caffeine fix. 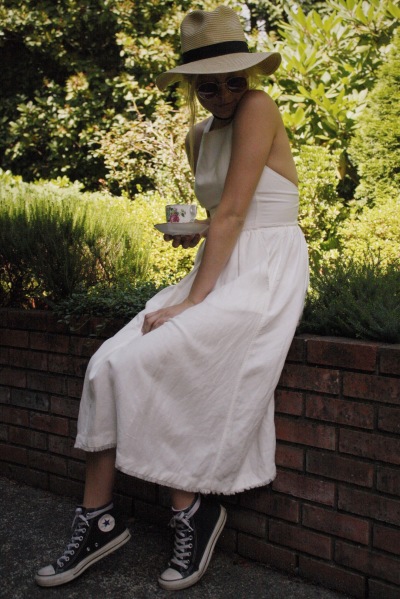 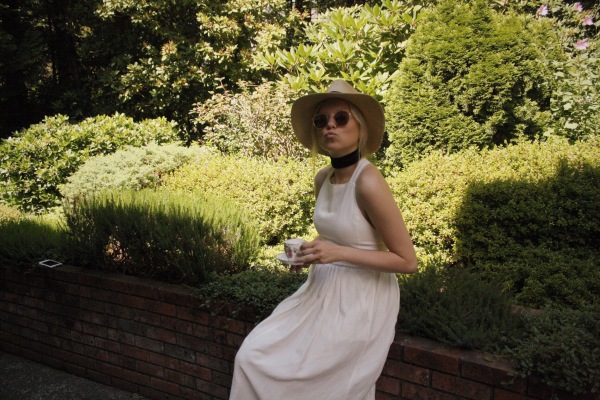