To those of you still here – hi! I recognize it has in fact been a while. So I finally finished up University and am happily back in my home, San Francisco. For the past year, while I was neglecting this little sanctuary, I was focusing my writing efforts on the online site Reef Magazine, which has recently shut down. Some of my best work and favorite pieces were on there, and upon the news of Reef’s closure I realized I wasn’t ready for them to disappear from the internet quite yet.

So for the next little while, I’ll be posting some of those cherished articles here, on the Blonded, while creating some new content. Just as I am excited to be back in my home of San Francisco, I am eager to return to my cozy little corner of the internet.

I wanted to start with the first article I ever wrote for Reef Magazine. I originally wrote this piece in December of 2016, and workshopped it until it’s publishing in June 2017. In spite of the fact that December 2016 feels like forever ago, this article covers an emotional spectrum that remains deeply relevant to my life – perhaps now even more so than back then.

“Living Across a Threshold”

I’m lying in my bed, with six candles illuminating both the room and my spirits with their soft, summery glow. I know that a chilled Montreal air is only inches away on the other side of my old, fogged window, but I am warm and dry. I swaddle myself in my comforter, and I just feel so at home. 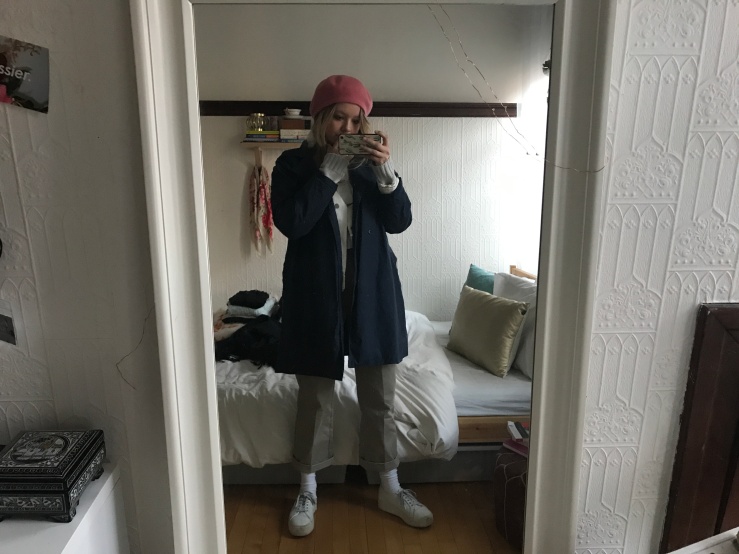 Cut to a glistening California morning, birds singing their sweet morning wake up calls and the familiar morning sun greeting me through the window and the slits of my tired eyes. The same sensation creeps into my realm of thought: home.

For anybody who has lived between cities, or moved across countries, and made loving homes in all the places they’ve nested in, this is for you.

My life changes on a pretty consistent basis, my experiences continually changing who I am. I’m in a constant state of learning, evolving according to those I encounter and situations I find myself in. In addition to all of this – the generically prescribed experience of a 20-year-old young woman – my home changes (at least) twice a year.

It’s December now. Next week, I’ll be packing up all of my belongings, returning to Napa for the holidays, and then I’m off to Edinburgh for five months. After that, it’s back to San Francisco for a summer and only then do I get to reunite with my life here in Montreal. The next year contains not only immense anticipation, growth, and excitement, but it also contains four different cities that I must make a home for myself in.

There’s a convoluted guilt that boils in my stomach when I find myself excited to return to one of my homes; it inevitably implies saying goodbye to another. While the excitement at returning to my dear California nearly seeps through the surface of my entire body whenever I wistfully imagine the waves kissing the beach, or driving like a maniac with the windows rolled down, I cannot dull the aching dread of leaving what seems like my whole world here in Montreal.

The crippling fear of leaving something that brings me so much joy is a familiar feeling. It comes with the essence of goodbye, and boy have I had my fair share of those. Living a somewhat nomadic existence as I have has brought me many things, but stability is not one of them. And while I wouldn’t trade my life between countries and coasts for anything in the world, I can recognize each time I say goodbye, I am a little more scared.

Maybe I genuinely love my life in Montreal more than any other life I’ve lived – or maybe I’m just getting older. I’m beginning to realize the true lucidity and intangibility of everything I think I have. It can all be gone in a second, and the weight of that recognition finds its way into my goodbyes. I know I’m returning to Montreal in a mere matter of months – but what if I don’t? By some trick of fate, everything about this life I love so much could disappear.

One would be right to point out that I don’t know what exists beyond the threshold of the next phase of my life. The limitless possibilities laid out before me should excite me; and they do, to be sure. I don’t yet know what I have to look forward to. There’s a high that comes with diving head first into an adventure for which you have zero expectations. And what will be so blissful about all the memories I’m about to make is that I don’t know them yet. But here’s what I do know: I am happy now, and that is hard to leave.

While it’s hard to hand out an all-encompassing strategy for anybody who feels the same, here’s what I can offer:

Had I not bid farewell to the ever-comforting embrace of San Francisco two and a half years ago, I would not live the life I lead and love so much here. And what paved the road to that decision, is the same encouragement that led me to my year of four cities. So I trust the instinct, blindly, because the truth is, the possibility that I will conquer new adventures and learn emotions I have yet to know is far more likely than it is not.

So I will embark on my next adventure, not daring to undermine the gravity of the goodbye-induced tears by wiping them away. I will forever be in debt to my decisions for where they have brought me and what they have given me – and I will trust them as I cross the threshold.